At Hotel Design Secret de Paris, we love Paris . And we are not alone !  Here are some nice quotes about Paris !

When good Americans die, they go to Paris.- Oscar Wilde

Paris is a place in which we can forget ourselves, reinvent, expunge the dead weight of our past. -Michael Simkins

A walk about Paris will provide lessons in history, beauty, and in the point of Life. -Thomas Jefferson

It is perfectly possible to be enamoured of Paris while remaining totally indifferent or even hostile to the French. -James Baldwin

People wonder why so many writers come to live in Paris. I’ve been living ten years in Paris and the answer seems simple to me: because it’s the best place to pick ideas. Just like Italy, Spain… or Iran are the best places to pick saffron. If you want to pick opium poppies you go to Burma or South-East Asia. And if you want to pick novel ideas, you go to Paris. -Roman Payne

Whoever does not visit Paris regularly will never really be elegant. -Honoré de Balzac

You know, I sometimes think, how is anyone ever gonna come up with a book, or a painting, or a symphony, or a sculpture that can compete with a great city. You can’t. Because you look around and every street, every boulevard, is its own special art form and when you think that in the cold, violent, meaningless universe that Paris exists, these lights. I mean come on, there’s nothing happening on Jupiter or Neptune, but from way out in space you can see these lights, the cafés, people drinking and singing. For all we know, Paris is the hottest spot in the universe. -Owen Wilson as Gil in Woody Allen’s Midnight in Paris

In Paris, everybody wants to be an actor; nobody is content to be a spectator. -Jean Cocteau

London is a riddle. Paris is an explanation. -Ernest Hemingway

Lunch kills half of Paris, supper the other half. -Charles de Montesquieu

Paris is the city in which one loves to live. Sometimes I think this is because it is the only city in the world where you can step out of a railway station—the Gare D’Orsay—and see, simultaneously, the chief enchantments: the Seine with its bridges and bookstalls, the Louvre, Notre Dame, the Tuileries Gardens, the Place de la Concorde, the beginning of the Champs Elysees—nearly everything except the Luxembourg Gardens and the Palais Royal. But what other city offers as much as you leave a train? -Margaret Anderson

When spring comes to Paris the humblest mortal alive must feel that he dwells in paradise. -Henry Miller

What an immense impression Paris made upon me. It is the most extraordinary place in the world! -Charles Dickens

A final reminder. Whenever you are in Paris at twilight in the early summer, return to the Seine and watch the evening sky close slowly on a last strand of daylight fading quietly, like a sigh. -Kate Simon

That Paris exists and anyone could choose to live anywhere else in the world will always be a mystery to me. -Marion Cotillard as Adriana in Woody Allen’s Midnight in Paris

Good talkers are only found in Paris. -Francois Villon

Even the pigeons are dancing, kissing, going in circles, mounting each other. Paris is the city of love, even for the birds. -Samantha Schutz

There are only two places in the world where we can live happy: at home and in Paris.) – Hemingway

The best of America drifts to Paris. The American in Paris is the best American. It is more fun for an intelligent person to live in an intelligent country. France has the only two things toward which we drift as we grow older – intelligence and good manners. -F. Scott Fitzgerald

An artist has no home in Europe except in Paris. -Friedrich Nietzsche

To err is human. To loaf is Parisian. -Victor Hugo

There is an atmosphere of spiritual effort here. No other city is quite like it. I wake early, often at 5 o’clock, and start writing at once. -James Joyce

If you are lucky enough to have lived in Paris as a young man, then wherever you go for the rest of your life, it stays with you, for Paris is a moveable feast. -Ernest Hemingway

Paris is always a good idea. -Audrey Hepburn as Sabrina Fairchild in Sabrina

Come and Visit Paris and stay in this incredible room in a boutique hotel  ! 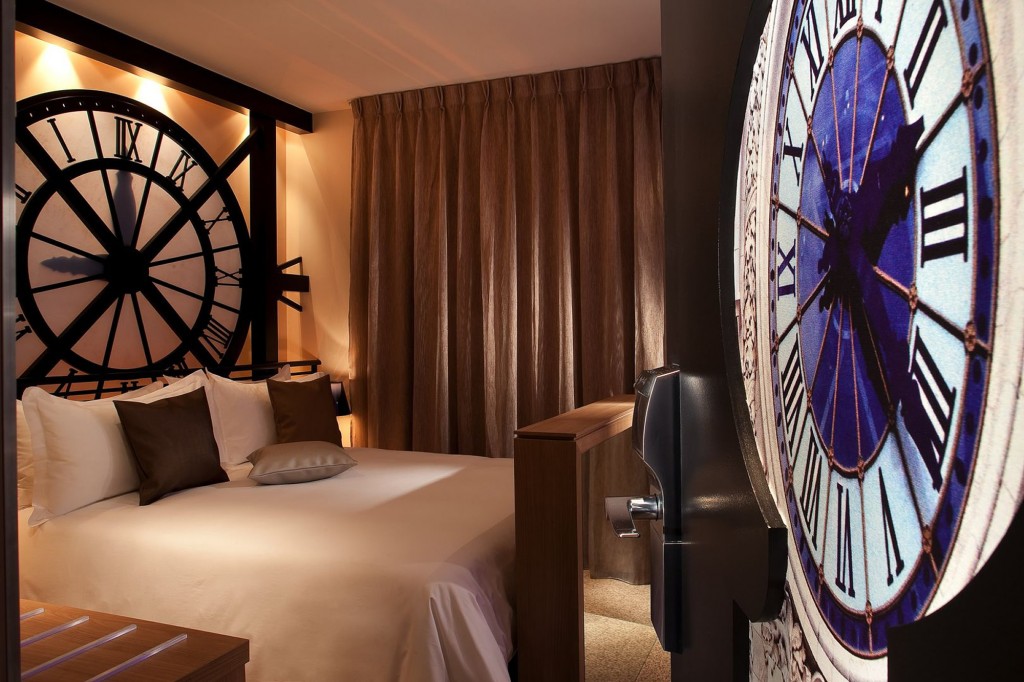 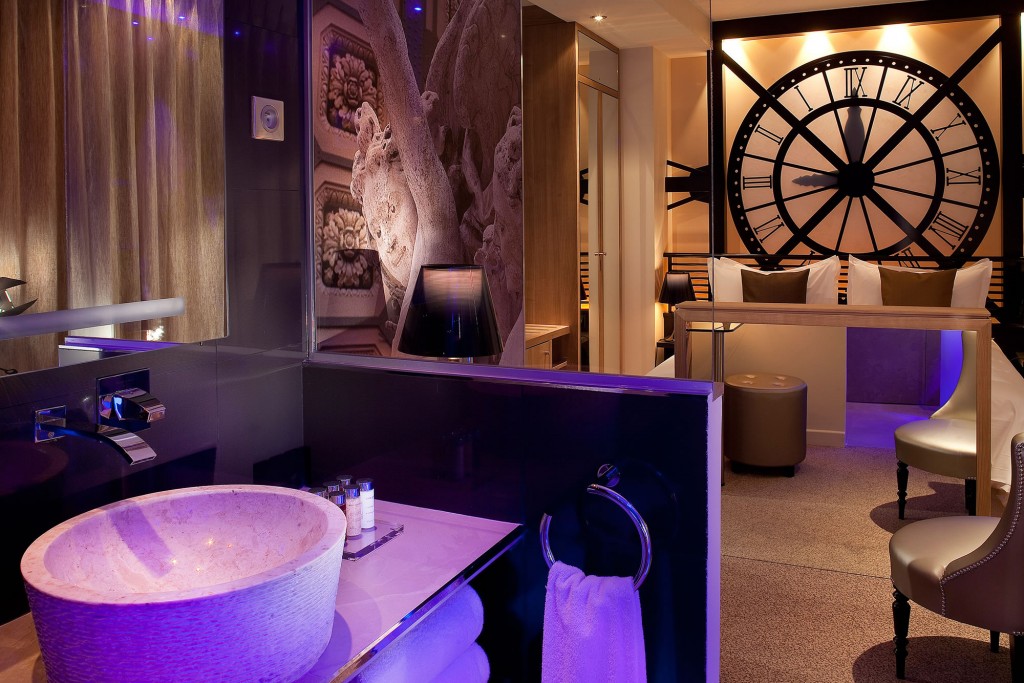